8.30 am:
Holy Communion in Small Hall of Parish Centre.

It was discovered earlier this year (2007), just after we were almost finished paying for the restoration of the Church tower and repointing of the church, that the church roof needed to be re-slated.

The bangor slates were removed and repairs were made and new insulation was installed to the roof. The slates were then put back and are held in place with new copper nails. The work was carried out by a company called Skyline Steeplejacks.

While the parish has received grants from two government agencies, there is still a substantial shortfall for the parish to pay. Parishoners were generous at our 'gift day' and there have been various fundraising events but the need for fundraising is ongoing . We are having a Christmas Sing Along on Fri 30th November which although is an annual event, we are hoping to raise funds for the Church roof.
Posted by St Maelruain's Parish at 20:07

Returning to In Church Worship

Return to In–Church Worship Protocols for RoI and NI

Christmas Day Service (Click on Photo to go to Video)

The Diocean Magazine for The United Diocese of Dublin and Glendalough 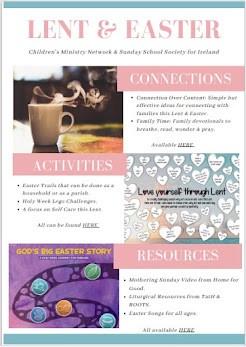 Bible Study via Zoom has moved to Thursday evenings at 8pm Contact Rector to join and be sent link...

every Thursday 8pm from 21st September

Christian worship has continued on this site for over twelve hundred years since the Celtic saint, Maelruain, founded a monastery here in the 8th Century. This monastery became an important centre of spiritual life: The Ceilí Dé (also known as Culdees, or the servants of God) had their headquarters here.
Three outstanding religious texts... [Read More]

This site is moderated by St Maelruains Parish.

Receive Notifications of new posts made on this site.

Or have new posts sent directly to your Email. (You can Unsubscribe at any time).You must follow the instructions in a confirmation email sent to your Inbox to activate the email subscription!